The incidence and burden of hamstring injuries in the sporting population continues to present a significant challenge to those working in both elite sport and sports injury clinics.

Despite an increasing understanding of the underlying tissue damage when hamstring injuries occur such as an appreciation for the involvement of MTJ (musculotendinous junction), aponeurosis and tendon the fact remains that hamstring injury is on the increase with no appreciable improvement in either return to play times or re-injury risk.

What can also be acknowledged is that the demands placed upon athletes are increasing all the time as we push the envelope of athletic performance and increase squad sizes to maintain physical outputs.

Rugby has seen an increase in physical performance (and potentially impact injury) as whole banks of fresh players are introduced into games at a time when fatigue would otherwise be a limiting factor.

Whilst on the one hand avoiding pushing players into fatigue can be seen as a positive step in mitigating intrinsic injury risk, a possible change in the demands for a player entering the final stages of the game who is in their 90th minute and up against a player in their 10th minute is that they will be pushed further to their physiological maximum to compete against this fresh opponent.

It would be a bit like asking a 100-metre sprinter to go up against fresh competitors on the back of a 10,000-metre warm-up!

As football migrates over to 5 subs it will be interesting to retrospectively look at when injuries occur and if there is any correlation with that player coming up against a fresh sub!

As most substitutes are attacking players it is probably the more defensive players in the team who will need to be prepared to essentially face two fresh opponents each game and it could be we see an increase in defenders getting injured as a consequence.

Back to the T-Junction!!!

Hamstring injuries involving the intramuscular tendon have been associated with prolonged recovery time and higher reinjury rate. Pollock et al used their validated British Athletics Muscle Injury Classification (BAMIC) which distinguishes anatomical site (a-myofascial, b – MTJ, c – intramuscular tendon and injury severity (grading 0-4) based on MRI measurements within muscle or tendon to carry out a retrospective study of hamstring injuries in their cohort of athletes.

Their study found that “c” injuries had a significantly higher risk of re-injury and took longer to recover.

Anecdotally it is difficult to ascertain tendon damage from clinical assessment alone unless it is significant. The more significant tendon injuries will have a clear mechanism of injury and acute pain, athletes who have experienced muscle injuries before will often report that this one is different and there will be a clear loss of power with a possible palpable defect.

For the more subtle “c” injuries whereby clinical presentation is more typical of a ‘b” injury but imaging can identify tendon involvement will need to be respected but not dictated to by the ‘c’ diagnosis.

See previous blog on treating the person and not the scan findings – https://rehab4performance.com/treat-the-person-not-the-scan/

The more subtle ‘c’ injuries will often require additional time at the back end of rehab for an athlete to feel ready to push to top speed, but this is usually only a week to 10 days additional to the typical 23-day grade 2b recovery.

These are the injuries for which the prognosis is typically 3-4 weeks.

For more significant tendon damage for which the “c” component is the primary pathology with potential loss of tension within the tendon tissue, these are the injuries which will typically be given a prognosis of 4-6 weeks.

And so finally we come to those T-junction injuries and the specific risk that they bring in terms of re-injury and a few thoughts on why that might be.

Firstly, what is it?

Injury in this region demonstrates a particularly high rate of recurrence and strikes fear into clinicians whenever the diagnosis comes through!

The long and short heads of biceps femoris are very different structures and should be considered separate muscles with a shared aponeurosis.

The long head is the more typical hamstring muscle, long, bi-articular and with an action across two joints whilst sharing an attachment with semitendinosus proximally and the short head distally.

It is involved in hip extension and knee flexion and is the most injured hamstring muscle.

The short head is an atypical hamstring muscle, it originates from the line aspera, only crosses one joint and whilst its action is clearly knee flexion is also involved in rotational control of the joint via its shared attachment onto the head of fibula.

The anatomy of the distal tendon insertion of the biceps femoris has been well described in cadaveric and MRI studies. The common free distal tendon splits around the lateral collateral ligament and has 4 separate insertions onto the proximal, distal, and medial footprints of the fibular head as well as a tibial footprint on the lateral tibial plateau behind the Gerdy tubercle.

Injuries can occur to all components of the DMTJ or in isolation. The most injured structure remains the long head in over 50% of cases. The short head is injured in isolation in less than 10% of cases with the rest made up of a combined injury affecting both short and long heads.

A study by Entwisle et al (2017) demonstrated a DMTJ reinjury rate of 54%. 75% of these reinjuries occurred within 3 months overall 86% of the reinjuries were of the same or a higher grade than the original injury.

With a reinjury rate this high the inevitable response is to slow down the rehab so as not to expose the healing tissue to excessive demands before it is able to cope. Despite a slower recovery the risk of reinjury seems to persist and despite significant tendon injuries in this area requiring a conservative rehabilitation program of 8-12 weeks this doesn’t come with any guarantees of no further problems.

Inevitably this has led to surgical repair becoming an alternative option with the aim being to reduce the risk of reinjury by restoring this complex anatomical region.

Surgery for tendon injuries is less established than that of avulsion injury and clearly it as an area which requires much more research. However, displaced tendon injuries in the DMTJ region without retraction are associated with considerable risk of reinjury and persisting pain and dysfunction.

Although this is a single surgeon study design it did show that Surgical repair of acute injuries to the distal musculotendinous T junction of the biceps femoris is associated with high patient satisfaction, increased muscle strength, improved functional outcome scores, and high return to preinjury level of sporting activity with low risk of recurrence at short-term follow-up.

Summary – Be careful at the hamstring T-junction!

Typically, an increasing awareness of muscle, injury location, anatomical variation and tissue healing times has resulted in an adjustment of prognosis which results in successful outcomes. This is best shown in the identification of “c” injuries and the subsequent increase of recovery times to respect the fact that healing tendon tissue is slower than muscle in producing adequate scar tissue granulation bridging as the recovering tissue is loaded.

Evidence of DMTJ injury is suggestive of a persisting risk of reinjury despite increasing awareness and subsequent adjustment of rehabilitation time frames.

Surgical intervention has shown some promising results in terms of reducing the risk of reinjury significantly without drastically increasing the period of rehabilitation required.

As more evidence emerges we will hopefully be able to sub-group these injuries further and become more adept at identifying why 50% of them go on to reinjure, this will then allow us to signpost more accurately those patients for whom surgical repair is the preferred pathway. 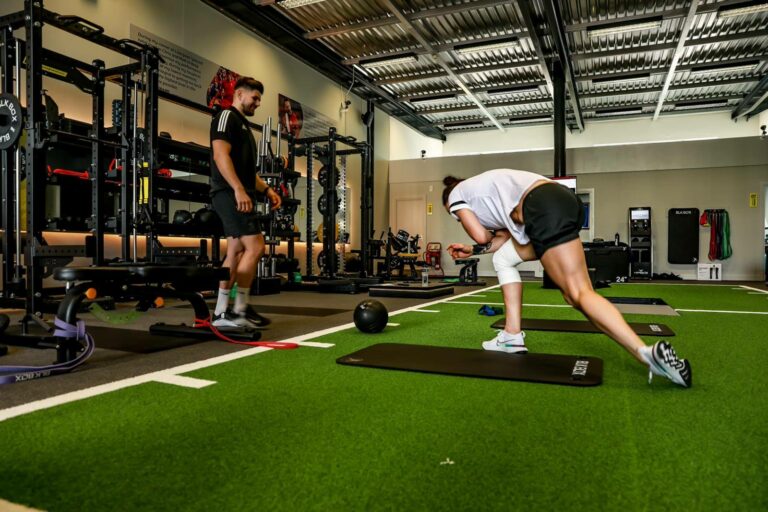 As physiotherapists who have worked in elite sport for the best part of 20 years we always take time to reflect on even the most basic of rehabilitation journeys to consider what went well, what could have gone better and of course on occasion why things have gone so badly!

As we welcome the football season having started, and the rugby season just around the corner, the topic of concussion and its management is once again in the spotlight. 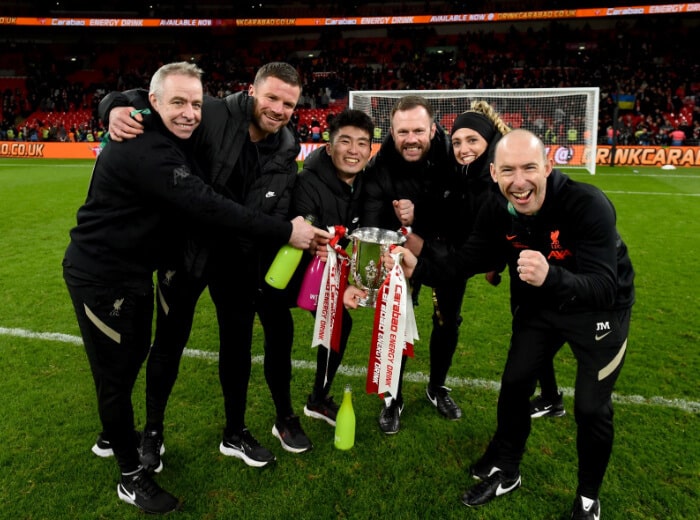 Make the break into (and stay in!) professional football – a 10 point plan by Chris Morgan

I have been extremely fortunate to have spent the majority of my working life as a Physiotherapist in what is widely regarded as the best football league in the world.

World class Sports Injury Clinic in Liverpool, totally dedicated to getting you pain free, stronger and performing better every day.